totally personal // nothing to do with anything // free time

August 10, 2015 In family free time life balance personal
at the conclusion of a rare weekend, in which i had zero shoots, hosted a backyard barbecue, taught little brother how to ride a scooter, had quality time in topeka with a friend, went back to topeka to play dinosaurs at the expo center, and basically played hard the entire time; we went to my parents house for sunday dinner… whereupon we watched a couple high quality netflix features. we prefer to go right for the one-star reviewed films. because, reasons. so we started on ‘flight, world war II’, which was about a 747 that travels through time back to world war II. no one seems to really care when two people get sucked out of the airplane to their deaths, back in 1940,  even when they make it back to the present day to land safely. I can only assume neither of them had any family or friends to explain this to. NBD.
this was followed by the ‘age of ice’. possibly the worst movie i’ve seen yet on netflix, and this sparked much debate on how to rate it at its conclusion.
dad: ‘i’m giving this one star, that was terrible’
kids: ‘no! you have to give it 5 stars, so that it brings the average ranking up to a 3-star…. that way no one will watch it ever again…’
sound logic, if you ask me…. but dad doesn’t want to screw up the recs on his netflix account, so consider this my psa to you all. age of ice– to be avoided at all costs. the airplane one was ok. there were nazis, after all.
here’s to life balance. 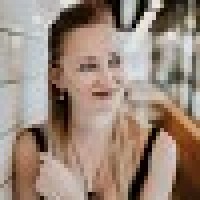